On Tuesday I woke at 3 am to a nightmare, that I was dizzily spinning violently. I lay there in the dark telling myself it was just a nightmare, until I woke again at 6 am doing the same thing, this time I could see the bedroom and the swirling vision that accompanied it. Dave asked me what was up and I said I went madly dizzy when I moved my head, and as I showed him how, I felt like I was on a horrid swirling fairground ride! Just like when I first sat up after having my tumour removed. Oh hell!

A phone call to the hospital’s neurology department said there was no one there to talk to and I would need to go to A&E. So still wobbling (although the violent spinning had stopped) I get dressed, and Dave drives us back to St George’s. I feel totally nauseous, probably partly as I woke up so fast, partly as I am panicking as to what the hell this could be (and have all sorts of brain surgery worries running through my head) and partly as the spinning causes the nausea. I am sitting in the car unable to stop myself shaking and my leg moving, then stop myself retching and eventually throwing up! (Thankfully I’d not eaten since the evening before.) We get out the car and I have to do the arm in arm walk that I have done far too many times at this hospital, the memories and fears are all flooding back big time. Please let it not be my brain tumour or site causing problems…

A couple of hours later, after blood tests etc, we finally see a Doctor who does various  neurological testing and says it is unlikely to be my tumour or surgery causing the problems, but in fact my inner ear! Vestibular Neuritis. The last MRI I had was only 6 weeks ago and there was no sign of the tumour reoccurrence or any issues showing such as raised craniosacral fluid, and it would be VERY unlikely anything changed since then, plus my neurological tests are all fine. He says they are waiting for my blood tests results which would show if I had any bacterial infection, but as my ears look ok and I have not had any pain, he said it is probably viral and tells me he will be back when the blood tests are through. In this time a nurse kindly asks for a urine sample and my permission to do a pregnancy test!… I go back to the cubicle laughing at the possibility and Dave deciding that a pregnancy is as terrifying as a problem with my head! I totally agree!

The doctor comes back a while later, saying my bloods were all fine, with no sign of any infection and I query with him could it have been a type of seizure or anything (I have not had one, I don't know what they feel like) and he says no seizures don’t ever just cause dizziness, plus Dave tells me I was talking to him throughout, plus two years after my surgery (especially with everything looking fine on the scans) it would be very very unlikely to suddenly cause a problem. As I then questioned it saying ‘It just felt too similar. The only time I have spun as violently as that or felt so dizzy is after the surgery and especially as my neck muscles are so tight at the moment it made me scared that something was wrong.’ I then added that the neck muscles didn’t feel that different to what they have done since my op, but they have ‘constantly been tight today, like I have a board inserted down my neck’ and he said “Is it as they explained after surgery what your side effects would be?” … um no… no one explained anything!

We were then given a discharge letter plus the choice of tablets (no thanks) which he said wouldn’t shorten the illness, just possibly help with the dizziness and nausea (double no thanks! - I don’t manage drugs well and even paracetamol make me feel sick) and so went home without them, still wobbly, but slightly less panicky.

It is now two days later and I haven’t had anywhere near such violent spins, but have felt my vision spinning gently since, especially after I sit up or look at screens too long, and had 48 hours worth of nausea (sea bands, ginger tea and homeopathy helped) plus still feel a bit wobbly when I walk or turn… but I guess I have got used to that over the last two years!

But what is getting to me is the fact he said “Weren’t you told about side effects after surgery?”

I had also seen similar a couple of weeks ago on a brain tumour support group Facebook page, when someone questioned when was I seen after my craniotomy. Now I did see the neurosurgeon 3 weeks after, when my neck was swollen (as urgent - checking to see if I had too much fluid on my brain), and again as a routine follow up at 3 months. Had a few neuro-physio sessions 2-4 months after surgery - but she could not advise me on anything to do with my side effects or surgery - apart from the balance side of it, and I saw the Genetics team to follow up if I had VHL (plus scans, blood tests, eyes tests.) But nothing about how I was, how I was coping, how I was healing, when to do things or what I should avoid, what side effects were normal, ideas on coping with agonising healing neck muscles, getting over the trauma of major surgery, help with our finances - or anything… basically we left the hospital 48 hours after surgery and Dave was my (unqualified) nurse, with my kids some kind of (also unpaid and unqualified) care assistants!! I didn't even get a leaflet with charity support lines to possibly help me…

After my 6 month scan, I wanted to see the results, ask some questions. I didn’t really know why I had a large deep hole at the front of my head, nor how big the plate was, were the various feelings and numbness ok, what were the chances of it ever coming back, if the dent in my neck muscles could be improved, or even were any of my neck muscles actually removed during surgery? I had emailed several questions to the surgeons secretary in December 2016 just after I received my scan results, but it took until August 2017 to actually see him and get the answers!! I kept saying it doesn't have to be Tim Jones, but anyone who can answer the questions for me, and I am happy to be emailed, written to, called or see them in person - whatever is best - but I would like to speak to someone please. 8 months is a long time without any answers! Although in the end by the time I got there I pretty much knew what many of the answers would be, as I knew what side effects I was still getting and so time had answered for me.

This was why I had started writing… I had no one to get these answers from, so I just started writing to myself to help release the trauma and emotions I was having. If I had seen a nurse or therapist maybe I would never have got to question myself? Plus there was a very strong drive to write things down so that no one who has to go through similar in the future should have to go it alone… it may be a benign, once removed tumour with no serious side effects, but I still had a craniotomy! Someone was ‘playing’ with my brain for a while! I still have side effects daily. And it is still singularly the most stressful, painful, emotional, exhausting, damaging thing I have ever experienced, compounded by not knowing what I should tell my kids or if I’d even come out of it alive and unscathed.

Many of my blog posts are written as I still see people asking on various online support groups these similar questions, I see them being reassured and less fearful by knowledge and support, yet other people are providing this for free. As I asked here, why isn’t there a craniotomy support nurse and a counsellor available for all patients after brain surgery? Not just those who have cancer or ongoing problems? (Although from what I have read online it doesn't even seem all cancer patients have this support!) Why if the hospitals cannot provide this do they not at least give out the contact details of the various brain tumour support groups?

Next - “Art and a Wobbly Brain” 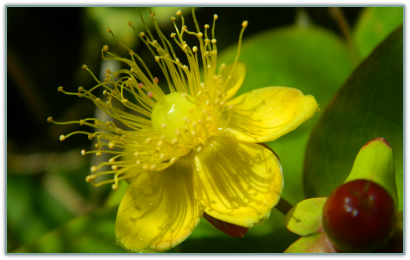