Today I spent the day crying…

The final straw that started it was a letter from Tax Credits saying they were reducing our money by £50p/w as we had underestimated our 2017 income by £1000. With that I cancelled my small monthly donation to Water Aid and my organic food order from Riverford, as I simply couldn’t afford to buy organic for a while. And then I cried.

We are down to the basics as it is. I don’t spend money on things that they even allow as expenses for working out your monthly budget when in debt!…

I don’t buy alcohol or junk food, don’t buy cigarettes or e-cigs, don’t pay for a take away or eating out (except maybe for birthdays!), I don’t buy coffee or other drinks when out (I bring a warm drink in a flask or drink free tap water), don’t have expensive day’s out, or even many day’s out - I don’t go to watch sports, or the theatre, or concerts, or go to the cinema – although we very occasionally have an educational trip out as our only school aged child is Home Educated- so we also don’t pay out for school uniform, school dinners or school trips. Nor pay pocket money. I haven’t been to the hairdresser in months as I mainly cut my own hair, I can’t afford the gym, or to even go swimming, or buy lottery tickets, newspapers or magazines, my mobile phone bill is about £10 per 3 months, I don’t pay for Sky or cable TV, nor pay for any website subscriptions. I don’t have manicures or pedicures, barely buy makeup (and when I do it’s with birthday money!), stick to the same car and don’t care as long as it works, can’t afford holidays or weekends away…I didn’t even bother with Christmas presents last year. With my money I choose to buy organic foods for both my and my family’s health, support the environment and use Riverford as it’s an ethical food cooperative- where no one gets a fat cat salary.

I can’t work, I can barely keep the house organised and Dave still cooks most of our dinners as half the time when I do I am crying from the fact I can no longer multitask, or that I am exhausted for doing so. I often still need to go to sleep or rest during the day, especially if I get up before 10 (and sometimes even if I get up after this!) … I cannot see an employer accepting this as an option?!

The last few weeks I have been trying to add my art work on my website, promote it and my book a little and try and be proactive in earning myself an income. But after a week or so of this I crashed. Yet at the thought of Dave even possibly having to get a ‘job’ (rather than be self-employed) to support us (its amazing how many people go when you are not there for them 24/7 and so many clients have disappeared since 2016) I tried to do a bit extra and cook dinner and try and keep the house more tidy, I just felt like I was drowning in it…

Then a week or so ago my back went, I sneezed sitting down and it started seizing up. Just as I was looking at our finances- umm and they say lower back issues are lack of (financial) support… I didn’t listen to my body shouting at me to rest and kept going on. After all it was Dave’s 50th Birthday and he was having a gig to celebrate.

But thinking about it now I was getting messages loud and clear to slow. The day my back went I managed to leave the kitchen hot plate on while boiling butter beans and went out! Dave called me half an hour later saying he walked into a kitchen full of smoke with a rather smelly black saucepan! I had totally forgotten to turn them off or turn them down and tell him to turn them off in a while. I managed to be distracted when I went out for Dave’s birthday, and all but drove off with the car door open and someone not even in the car…  And I know the last couple of weeks I have been really struggling for words. I have constantly done things like calling the spaghetti bolognaise ‘Yorkshire pudding’ instead, and almost every appliance in the house the wrong name. (One day someone will put the dishes in the washing machine!) Forgotten things totally, said sentences completely wrong.

So after a late night on Friday- I crashed. I was exhausted. I couldn’t do a thing all day and went back to sleep for a couple of hours on the sofa. The next day, despite getting up at 11am, I briefly used the outdoor gym and felt my body had turned to jelly and needed another sleep by 3pm! I had wanted to go out, but I was far too exhausted and unable to think, let alone speak straight that I knew I couldn’t. I went to bed for the night at 10pm with definite brain fog. I didn’t wake until 10.30 today and felt like the fog had lifted a little…

But then the tax credits letter hit the kitchen table. I cried the lap of the park walking the dog and whilst that usually clears away my emotions I just couldn’t stop even when I got back in.  How can I earn money if the minute I do anything more than ‘normal’ I just crash after- totally shattered?

I want to do something worthwhile for others, but it has to be when I am able to. I have to accept this as it cannot be another way.

Next - “ Health Ombudsman Complaint - Is this service honestly here for the patient?” 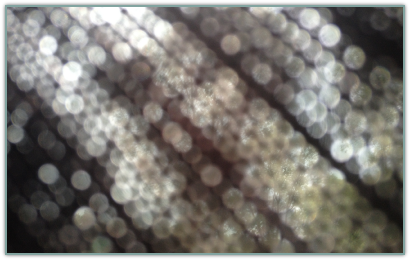