Over the last few weeks I have seen at least 4 different posts from friends on Facebook (some have been shared posts) about people acting ‘badly’ and how angry, upset, insulted or hurt the ‘victim’ was by their various actions and that they, and others, decide how awful, rude, bad, nasty, chavvy - even evil - the perpetrator was.

Yes I do realise that some actions hurt quite a lot, a huge amount at times, some are most certainly not necessary, but is the person who committed the ‘crime’ really always bad or evil? What happens if they are a ‘victim’ too? Is there a reason they are behaving in this way?

I know in my past I had severe anxiety, and I had many times when I had hit my mental limit. Where I cracked… but I didn’t crack and break down crying, as many would expect from anxiety. I cracked screaming, shouting, hitting and swearing, wanting to take my anger out on the whole world in the vain attempt to get someone to listen and understand. But they never did. All they could see was a chavvy, swearing, and stroppy redhead!

A few years ago I was accused of being angry, rude, stroppy and horrid when I commented on something hateful a person I knew had said online, she was negatively categorizing a whole group of people, and I was trying to get her to be a bit more kind and compassionate and less hate filled. But she had seen me at my worst several years before this and rudely queried how I dare judge her as I had been far worse. I tried to vaguely justify my behaviour in explaining I could not cope with my anxiety, I was getting angry at the situation and not targeting a ‘minority’, but she didn’t want to know and said I could never judge her. It hurt like hell hearing this, I knew the situation she was talking about and I had been in such an emotionally raw and low point that I flipped, my anxiety going through the roof- yet no one had noticed at the time. They had all been too busy having a ‘good time’ and drinking alcohol. They just saw anger and hate. I cried for days after I was told that this was what she thought of me. I had to forgive myself quite a lot too. Try to heal my past.

But I realised then - most people don’t ever know, or seem to care, what others are going through? Mainstream media posts photos of kids who have been bombed and as we cannot easily stop it we switch off, become immune to violence. Soldiers from our country are good, yet those from others are bad- even if we are in THEIR country killing them! Pictures of people who have hit or hurt others are not shown that they were defending themselves, simply imply we need to catch the ‘bad guy’. Social media is even worse- you see huge amount of shares from a photo of someone who looks well sitting in a disabled seat topped with some rude comment about them, with thousands of comments calling them scum. But do we know if this is really the case? Could they have an invisible or mental illness and if anyone knew the details would agree they are totally justified in doing what they did? Yet their face is plastered all over our screens, hate spewing everywhere. People post pictures of ‘ugly’ people, laughing that they could date a friend with the same name - but how would you feel if that was you or your child being ridiculed and insulted? If one day you were in  a massive accident and were lucky to survive, but your face was severely damaged, how would you feel when people kept laughing? People seem to  have no thought for what others feel. Media teaches us that this is OK. It’s not.

People who have judged me had no idea what I was going through. No one seems to know or care why a person has an outburst at another. Maybe the innocent old lady has just verbally attacked them? Or the polite mum has just insulted their parenting? Yes maybe they should have ignored it, walked away calmly, but if it is someone’s final straw then people can and do flip. I remember years ago going out to a market not long after my boyfriend at that time had drowned and someone told me to “smile and cheer up, it can’t be that bad” I am sure he was just trying to be kind but all I silently thought was to tell him to ‘ Yes it is that bad and fuck right off.’ This sudden death was when my anxiety started, I was struggling to even be there-shopping, continuing as normal, deal with my grief. I didn't need his comment, if another had said it I probably would have retaliated even if it was someone not meaning to be hurtful. Do others know or care if the person is coping with severe anxiety? Or is dealing with a partner on drugs or who has just beaten them up this morning? If their child has a severe learning issue or disability that they cannot cope with alone? Or if they can’t pay this week’s rent and they and their family might be made homeless? That they have been living on beans on toast all week - so they have enough money to feed their children. Or have just found out they have cancer, or a brain tumour that affects their personality…

I have seen far too many stories from people with brain tumours (some who cannot have surgery and some after they have) and how even their family and friends sometimes accuse them of being lazy, or angry, or forgetful, or making their symptoms up, or all but calling them downright useless.  Those with the tumour still inside them and inoperable know they have an invader in their skull and they cannot control it or their actions. Yet somehow the ‘victim’ of their action thinks they should be able to. If someone was given a drug to make them sleepy, you couldn’t expect them to keep awake just as you thought it was wrong to sleep right now, nor could they even if they wanted to. So why don’t people see that this person cannot control other things either? Many have to take drugs with side effects, yet again these side effects are ignored. Something you are supposed to silently put up with. The expression ‘It’s all in your head’ really is accurate, and yet most people imply it is only the imaginary version.

I have been pushed a couple of times by people who probably assumed I was drunk - once before and once after my brain surgery. Both times I wobbled but managed to stop myself falling. Judging without knowing any facts. I have been told I look normal and really well - at times when I could barely manage to go out, and when I did I came back exhausted and needed my bed, as well as for the whole of the next day. But should I have to tell a stranger my story when they glare at me for sitting down on a train, or wobble into them at a bar? Thankfully I rarely use public transport but I don’t think many would realise that even the action of walking to a bus stop can be exhausting for many that seemingly look well on the outside. I’m not saying it’s your fault for thinking that, after all we have to judge everything by our external circumstances- but please when you do, re-question your judgement.

Even doctors can get it wrong. I know the registrar doctor who first saw me when I got admitted to the neurosurgery ward before my operation - as an emergency admission from A&E (due to fluid on my brain) had seen my scan before she saw me, so when she introduced herself she expressed her surprise that I looked as well as I did as she wasn’t expecting that from the my scan images! (Albeit this comment was also slightly terrifying!) If doctors cannot always tell how well someone is by looking, when they deal with these cases every day, then most other people won’t be able to either.

Although I still feel that a brain tumour (or any other physical illness) is a valid excuse in most peoples’ eyes… I am not sure if a mental illness is taken the same way? They are just seemingly rude, or stupid, or angry… or evil, and need to control themselves.  (See my previous post on brain surgery being more justified than anxiety here)

Plus with the physical symptoms - I know I am not the same as I was before I had surgery. I feel I have far less ‘damage’ than many brain tumour surgery survivors have, but I still have damage. Some days I can hardly notice anything, but others I feel like I am really struggling and others must just think I am a drunk saying the wrong words and wobbling a little too much…

But then I also think that I was possibly suffering from this tumour growing in my head for several years before I even knew a thing. I have been looking into the cerebellum and its functions, and even on the basic Wikipedia page  it says this:

“the vermis of the cerebellum is responsible for emotional regulation.”

“It has been suggested that lesions in the cerebellum may be responsible for certain characteristics of psychiatric disorders, such as schizophrenia, autism, depression, bipolar disorder, attention deficit hyperactivity disorder (ADHD), developmental dyslexia”

So could some of the reason I suffered with a few of these issues purely have been from the tumour and the extra fluid it was producing inside my skull? Did it cause more fluid when I was stressed and so I had a double whammy effect of the anxiety and impulsiveness being an actual effect from the tumour, and then getting more anxious because of that? How long could the tumour have been there? It seems that Hemangioblastoma are often there for years, even decades, before they are found. The genetics team I spoke to said it could possibly have been there from birth - a defect.

Could this have been the reason that I had flipped in the past? Would people then justify a brain tumour as an excusable cause but not anxiety? Or would some people not even class a brain tumour as justified- as I should have somehow controlled and overridden it? Maybe if I drugged myself it would be OK? But then would alcohol and smoking have been accepted? As many people seem to sedate themselves with legal drugs in this way… Would cannabis or illegal drugs be alright? Or would it only have to be prescription medication? In fact is choosing  not to take prescription medicine or drinking to calm yourself down also seen as irresponsible? Like you are not doing anything about it?

Before we knew about my brain tumour, Dave often used to say I acted like I was bipolar, there was ‘angry Jo’ and ‘happy Jo’, as my personality changed totally. I know I feel a totally different person since surgery, I kept saying after that “they had removed my negative chip” along with the tumour! But was it my fault I acted as I did?

And finally… when someone is acting angrily, they probably don’t have a brain tumour, they may well not have anxiety, but I can almost guarantee that they are not happy. People don’t upset another when they are in a good place. 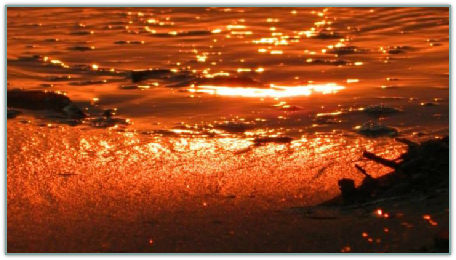